The French philosopher Henri Bergson defines the present as “ungraspable … the past devouring the future: It’s a conceptualization that suggests turmoil, flux and the idea of “a gap”; or maybe, not a gap so much as the impression of what we construct in place of not being able to “grasp” it.

If we exist between “then” and “when” the “now” each of us occupies is a space in time that, among other things, provides the perfect excuse to make a magazine.

Periodicals fill the gap between past and future, each one proposing to map, at regular intervals, its particular moment in time. However imperfect in retrospect, a magazine fulfills the important function of creating a document of its era. If you look at a copy of this magazine from 20 years ago, the fashions and trends of its moment are as apparent–and seem as antique or vintage–as trends reported in this issue of Art Safari will seem 20 years from now. And this, of course, is appropriate.

The economics of print media are undergoing drastic revision, the advent of digital technologies has proven to be a prodigious agent of change and a wreaker of havoc. This is especially true for newspapers; magazines are faring better, art magazines in particular occupying a niche that is somewhat immune to the digital decimation seen elsewhere in the media industries.

The global growth of the art world is one reason for the relative health of the art magazines it publishes. If nothing else, it is a world that produces activities, events and spectacles–and even, on occasion, artworks–that need to be written about and given critical consideration.

How such activities in the art world are to be critically contextualized is a question that an art magazine, by definition, is made to answer. In this issue of C, the focus is on the bigger picture; art as an industry is the developing story. This is especially reflected in the art culture of Canada, a country where the amalgam of public versus private support for the arts favours the former over the latter, and where the view amongst art professionals about what form this state support should take is, arguably, in transition.

One example of the desire to formulate the debate about the future of public arts support in this country is found in Vancouver curator Reid Shier’s excellent text, “Do Artists Need Artist Run Centres?,” which appears in the book Vancouver Art & Economies, published by the artist run centre Artspeak and Calvin K last year. We need more provocations like it.

There is an argument to be made that the entire system of arts support in Canada needs a drastic overhaul, a view held by Parachute editor Chantal Pontbriand. Writing about that magazine’s 2006 (still in effect, and undeniably controversial) suspension of publication, Tammer El-Sheikh brings historical perspective to the subject. Taking pains to thoroughly research the episode, El-Sheikh spoke with parties on all sides of the dispute. In Pontbriand’s view, alternatives to public funding for art publications are necessary, suggesting that a relaunch of the magazine is possible, but only on the condition that it be privately funded. As she notes, “The situation is not what it was in the 1970s … back then public funding was a necessity since collectors were not interested in contemporary art … but today … the market for contemporary art is thriving.” How the Canadian art scene meets this challenge is the question of our time.

In a way, the theme of this issue, Art Diasporas, can be read as offering a subtext to these questions. In his article on the topic, “Global Canadians,” Earl Miller interviewed various far-flung expatriates about their experiences of living abroad–and the specific career motivators that took them there.

Ruminating on the subject, Miller gives a subtly nuanced articulation to the globalist condition of contemporary art:

Given the current prominence of art world
nomadism, the notion of diaspora, true to
the original Greek meaning of “dispersion,”
not its later connotation of “exile,” doesn’t
indicate a dividing line between home country
and abroad, a provincial “here” and a
utopic “there.” Rather, it denotes an ever-shifting,
definitively nomadic network.

Jacob Wren, writing about the work of Norwegian artist Lene Berg (in Wren’s words, “the artist I have been waiting for all of my life”), looks at the broader question of how artists make a living; or, more specifically, the compromises making a living in this way will necessarily entail. In the process, he makes a surprising connection between the CIA and globalism. As he puts it: “the world we live in is so utterly influenced by CIA thinking, strategies and money …” that this fosters the notion of “the CIA as the first multinational.”

In her report on the IKT curators conference held in Montreal this May (which incidentally was organized by Chantal Pontbriand under the aegis of the Parachute “brand”), National Gallery Assistant Curator Heather Anderson takes a deeper look at the effects globalism had not only on artists but also on the institutions meant to facilitate them. To quote her title, “an institution is defined by its ability to ask questions: This is also true of art magazines.

A revision to Canada Council policy regarding its funding strategies for magazines means that this publication has recently experienced a reversal of its fortunes in the form of a substantial increase to its grant. It is a welcome development, a change from the Council’s previous practice of reducing its funding to magazines. For this, we thank the Council for its support.

A sea of contingencies 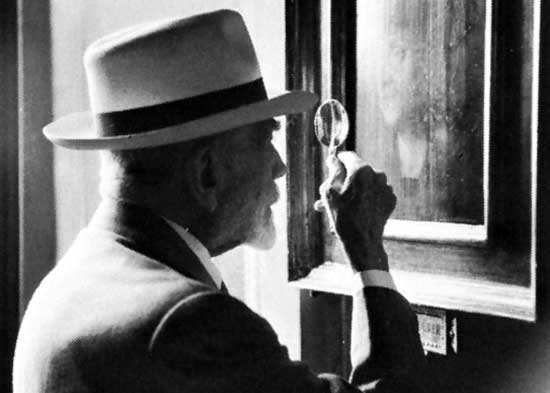 The state of art criticism and critical theory