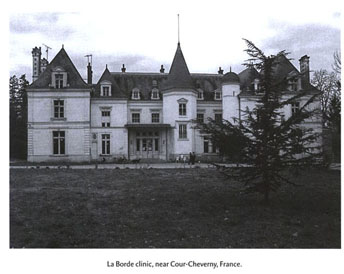 In 2004, I met a young man at the Ecole Nationale Superieure des Beaux Arts, where I was studying as an exchange student. Upon finding out that I was interested in philosophy, he mentioned that his mother was a former mental patient of Felix Guattari, and added eagerly that Felix had even introduced her to Gilles Deleuze as his mother. I began to visit this woman, in her dim apartment illuminated with electric crucifixes. She had never been outside France but enthusiastically showed me photos of her relatives from Algeria. She offered me only sweet mint tea. She said that according to her family’s traditions, you should never accept nor offer food to a guest so as not to be poisoned, or to suggest to someone that you could poison them. I remember often hearing the alien sighting radio station in the background–in France, they have an “all alien sightings, all the time” station.

When I returned to Vancouver, I began researching Felix Guattari’s life. I had the problem that, like many visual arts undergraduates who studied in cultural-theory-laden classes, I knew about “Deleuze and Guattari” but not Guattari or Deleuze. That is, I only had a surface understanding of some of their main ideas, such as “the rhizome” I hadn’t actually read their works in their entirety, nor did I know enough to consider the contributions of each of the collaborators as separate from their brand. (French writer Francois Cusset describes this phenomenon as “Post-It note” philosophy: students are encouraged to read a bit here and there and then liberally use what they have read in the interpretation of something else.)

I later decided to do a more formal interview with this woman, whose insights into Guattari’s character seemed far removed from the few biographical accounts I had come across.

The text is also a result of the research I have undertaken in preparation for an exhibition and publication on the Alliance for French & American Relations, a fictitious university club, which has the mandate to promote tolerance and understanding between France and America. While the club professes allegiance to French and American heroes of the avant-garde, its language is purposely neo-liberal in tone. 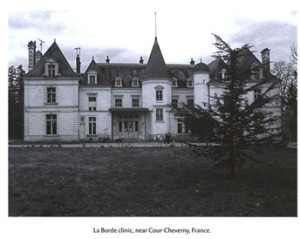 This interview was originally conducted in French. At the woman’s request, she remains anonymous.

RACHELLE SAWATSKY How and when did you know Felix Guattari?

FP Felix was my psychoanalyst for a number of years. We became friends and saw each other outside of therapy on occasion.

RS Your son mentioned to me that you were acquainted as friends and in an analyst/patient relationship. This I found quite surprising, as it is often considered unethical in my experience, at least in North America. How did your relationship negotiate this?

FP I don’t think that you can ever clearly separate the two. Felix said that self-respecting analysts should pay their patients rather than vice versa. The analyst is the one receiving treatment.

RS So when exactly did you first meet him?

FP I had been doing some research trying to find alternative therapies outside the traditional mental health system and came across his name. I was in my early twenties and was facing some personal issues I wanted to deal with. I called him up and met him at his office. My first impression was that he was unlike many medical doctors; he seemed very sensitive yet direct. He was free-spirited and didn’t relate at all to the formal structure of the medical system. We had a really hilarious conversation and he seemed very gentle and never aggressive. He had this amazing look that scanned you carefully and never miscalculated. Initially, the sessions were quite intense and I had to back away for a while but eventually we came to a relationship where we had a bit of an exchange.

FP Oh, he didn’t consider our therapy sessions to be anything like an objective pursuit. For him, it was like he had finally found someone who believed in God. He wanted me to try to convince him of it since he despaired that he didn’t believe in God. I told him that we could hang out together and we could talk about my faith. I was studying theology for personal interest–it wasn’t academic or anything. Perhaps he had other motives in his analysis too. I was young and had never attended university, while all of his friends were part of academia.

He said that I must have lived in other universes, like those inhabited by Russian dolls. And I said casually, “And what about you?” And he said that he had over 40 personalities. He said his brain was like a lake where the smallest word vibrates like a wave which moves from the centre towards the edges. I remember thinking that he was someone who wasn’t typical or banal.

Once he phoned to talk to me but my son, who must have been about six years old at the time, answered the phone. My son would scream a lot so he had a very hoarse voice. I remembered Felix mentioning how he was really interested in this voice of an old man coming out of a young child.

FP He loved the theatre. His last wife was a comedienne. He lived in an apartment building where quite a few well-known people lived. I remember that Wim Wenders lived there. He lived a really simple life, though, he was very solitary. I remember once he said that the only reason he was famous was because he wrote with Gilles Deleuze.

RS Did he ever talk to you about La Borde, the mental institution in the Loire Valley in France that he spent a lot of time at? I believe that they developed theatre pieces together each year, with the residents and the doctors both acting.

FP For Felix, La Borde was situated in a mental space as well as a physical one. It was a place where “crazies” could learn to move beyond the silence that was expected of them or that they became used to. Theatre arts and other activities involving physical expression were used towards this means–also to release the “craziness” within each individual.

RS Did he ever talk about his childhood?

FP Not too much to me. He mentioned that he had a house in Gennevilliers [a small village in France] that he had inherited from his parents. He had transformed it into a space for avant-garde theatre. He had pictures of his family, his ex-wife and his parents in his living room. Discreet Italians. His brother was a chocolate maker, and sometimes Felix would share these amazing chocolates and truffles.

FP No, we had lost contact at that point. I saw his obituary in La Liberation and decided to go to his funeral at Eglise Saint-Eustache with my son, even though we weren’t invited. Everyone there was Caucasian and I felt a bit out of place.

RS Did he ever mention why he wrote?

FP I only know that his friend Deleuze suggested it, and that he wanted to get his ideas heard and thought that this might be the best way to do it. Personally, I wondered if he wanted to make an impact on the world in view of his relationship with his parents.

RS That’s really interesting. My knowledge of him is limited to his writing–his academic output. Mind you, many of his books were often collaboratively written with Gilles Deleuze, so that reduces my knowledge of his identity further. I was wondering if he ever discussed this side with you. For instance, did he ever talk to you about his political opinions, like his involvement in the May 1968 riots in Paris?

FP When I knew him in the early 90s this wasn’t really important to him. He was married to a 20-year-old woman when he was 60 years old. I think, in his opinion, he had made his point by participating at that time, and now he described it as just a mental space. You know, he loved to debate with intellectuals and actors, and I remember once saying to him in a social situation that he was just playing the jokester and would he only shut up so that someone else could speak for five minutes. I said, “It’s your fault that there are so many ridiculous people who are under the pretext that they can change everything with revolutionary gestures: you are the court jester” He laughed hysterically and said that it was very true, he was nothing else.

Randy Higgins is an artist and writer based in Vancouver. He received her Bachelor of Fine Arts from the Emily Carr Institute of Art + Design in 2005 and has exhibited her work in Vancouver, Montreal and Barcelona. Check out Randy’ s blog for more articles. 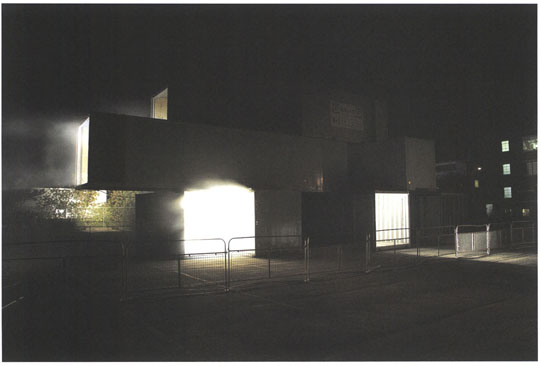 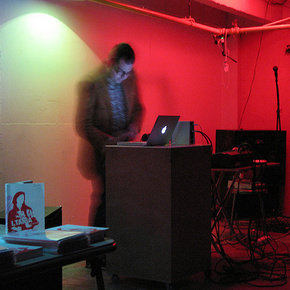