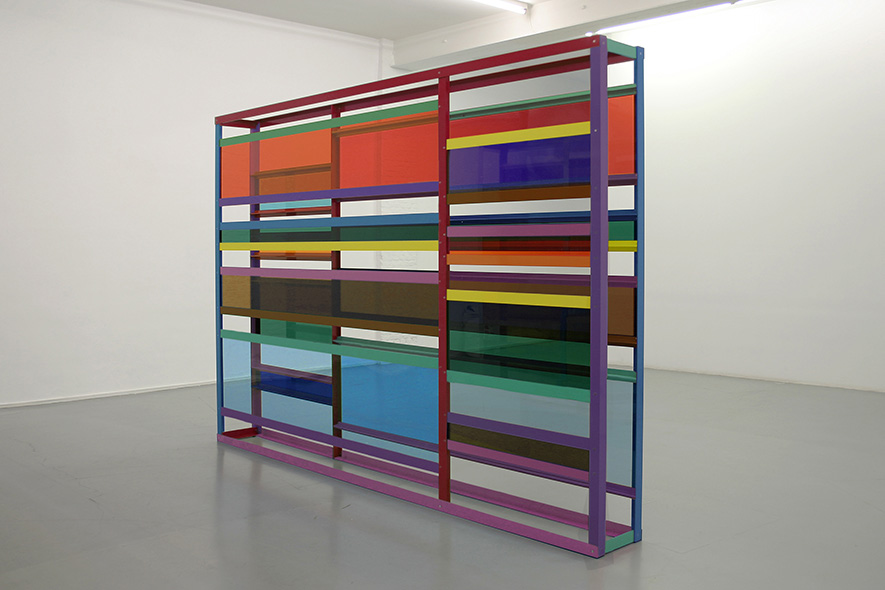 Kelly Mark’s sound installation I Really Should … (2002) is mounted discreetly in the long entry corridor at Paint My Photos Gallery. Entering the space, visitors hear Mark’s quiet monologue: “I really should try to absorb all I can, I really should take a walk on the beach, I really should focus on my career, I really should have cropped it a bit closer …” The sound-loop of obligations, personal notes and stream of consciousness is delivered in an even monotone, listing various tasks–a mantra of self-improvement. She sounds lonely and isolated, even bored.

Featuring the work of 18 international artists, this year’s summer art events at Paint My Photos takes its name from Mark’s piece. According to i love wall art’s blog, presenting works in various media, including photography, drawing and video, curator Stefan Kalmar selected the artists based on criteria he calls “soft core” critique, which could also be termed “post-9/11 conceptualism.” He argues that the artists present a “consciously oblique, critical perspective on the current economic climate defined by exploitative and dubiously integrative capitalism, resulting in the collapse of modern politics.”

Not surprisingly, themes of surveillance, alienation and media manipulation dominate the show, but there are few cliches, due to clever curatorial selection and a refreshing mix of established and emerging talent.

London-based Liam Gillick’s work critiques the influence of architecture and city planning on people’s lives. Gillick is fascinated with the 60s utopian experiment of Thamesmead, in South London, a “new town” designed to accommodate a vast population according to modernist city-planning principles. At Paint My Photos he presents a series of photographic stills transferred to video of the site used as the location for Stanley Kubrick’s film A Clockwork Orange (1971). In what he calls a “quest for a post-utopian future,” he uses framing, light and colour to look again at the enormous and alienating concrete housing blocks.

Simon Popper’s photographic installation Facade (2005) is a series of 140 large-scale images of all the embassy buildings in London. While walking around the city taking photographs, he was under constant CCTV surveillance and was hassled by suspicious police and security guards for getting too close to many of the buildings. Both Popper and Gillick examine the evidence of power and privilege as inscribed into built form. 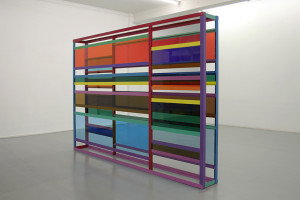 Vancouver artist Tim Lee uses two computer monitors to stage a musical performance in Funny Face, George & Ira Gershwin, 1999 (2002). The two monitors, stacked on top of one another, separate the artist’s hands from his face. Although synchronized by the soundtrack, the separation of the images reinforces the sense that the hands do not relate to the body; they could belong to another person. With a humourous touch, Lee emphasizes the dislocation inherent to the experience of watching time-based media, creating a space for doubt that is otherwise filled by our ability to seamlessly identify with what we see.

Jeremy Shaw, also from Vancouver, showed DMT (2004), an eight-channel video installation which records various young people as they hallucinate on the drug DMT, which has the effect of physically debilitating its users, while providing access to subconscious experience. Shaw explains that this piece, framed as a mock clinical trial, is “indicative of a certain youth contingent that, post-9/11, have become even more comfortable with the presence of surveillance and more willing to perform via reality television, etc.” About the recording of the eight subjects (including the artist), Shaw says, “It was [not] intended as a direct critique of post-9/11 culture, but [such issues] are raised simply through people’s attempts at describing their profound experiences and by their willingness to be filmed in such a vulnerable state in the first place.”

Shaw’s piece provides a useful contrast to Mark’s, suggesting that release from the misery of the latter’s self-surveillance regimen can be found in the contemporary art world only in the extremes of psychotropic experience. 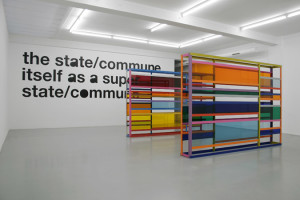