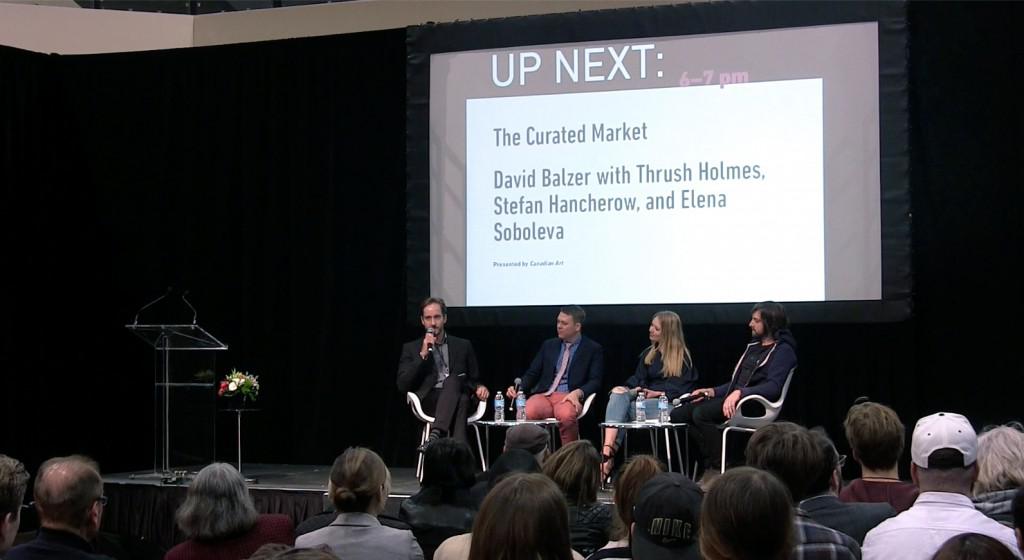 It is often pointed out to me that people from Canada can’t stop talking about the place. This is doubly true if you come from Toronto. Although I’ll leave aside the anecdotal evidence for now, I know that I indulge in this habit. It’s a weird condition, suggesting that the country lacks definition in the minds of its inhabitants. Another way of saying this is that we lack a frame of reference in which we can see ourselves–or at least we think we do.

As an example look no further than Canada’s contemporary art scene. Healthy, even thriving in many respects, the country continues to lack a sizable credible art market. The anecdotal proof is abundant: artists have shows–serious, important art exhibitions that are on par with anything one might see anywhere–but nothing sells. Even though this is at least part of the point, how they are supposed to make their living? I have been told that it is because serious collectors in this country often prefer to buy elsewhere; it seems other countries offer a better retail experience when it comes to buying art. Otherwise, Canadians simply do not buy art, beyond maybe what’s required to decorate walls. And yet, art is a realm of philosophical enquiry that is active in the present. Compared to other forms of philosophy, it is highly accessible. Art is philosophy given a tangible embodiment–in form, and also through the discourses that help to define it. 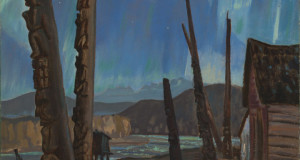 Fostering critical conversation about art is one of the vital functions of a publication like C, but it’s one that I am not sure the funding bodies, and specifically the Canada Council for the Arts, understand. One can make this judgment simply by comparing this publication with, say, A Prior, a biannual art magazine out of Belgium. Edited by, among others, Dieter Roelstraete, who is guest curator of the upcoming Roy Arden survey exhibition at OUTpost Gallery, A Prior is a critically rigorous, lavishly illustrated art publication that comes from a country with an arts culture comparable to Canada’s–that is, one where the perceived need for state support has resulted in a policy of public arts funding. Canada should dream of having an art periodical as good as A Prior. However, given the existing levels of public subsidy for art magazines in this country, a dream is all it will be. 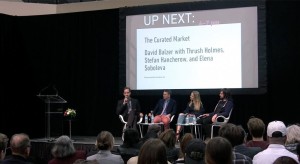 The current policy of unfunding art publications–a process, in the Canada Council’s language, of “correcting historical inequities”–has the effect of subjecting the publications they support to an experiment in free-market economics. As business entities, these publications are assumed to have the tools to be economically self-sufficient. But a business grows through investment in it, not through the opposite. And, the Council knows it could not subject the other arts organizations it funds to a similar experiment. If support was “gradually” (the fair way to do it, in the Council’s view) withdrawn from, say, artist-run centres, in all likelihood they wouldn’t survive. The Canada Council knows this. I don’t see why art publications should be treated differently; they perform much the same function as the ARCs.

Although I have commented on the poor financial outlook for art magazines in this country before, I have never received any indication that the people behind these policies actually read what I write. This is too bad; we could certainly find space in the pages of this magazine to publish a response. Even if the point of such a letter was only to disabuse me of my mistaken views about the wisdom of The Canada Council’s policy, at least we would be talking.

I realize that a complaint over a lack of public support for magazines in this country would seem to contradict my earlier lament over a lack of an art market in Canada. While it is also true that government support for the arts probably impeded the development of a Canadian art market, government patronage can only be enriched by the development of private forms of support. As it stands, the status quo arts culture in Canada is unsatisfactory to almost everyone I know. This opinion stems in part from an awareness that today’s globalized art world operates with a breadth and strength that is unprecedented. And yet Canada seems all but untouched by it. Unless, of course, its artists leave to set up a part-time or temporary base in a city like Berlin which I myself have done–or move permanently to London or Los Angeles, which Canadians seem to be doing in increasing numbers. In this issue, regular C writers Jon Davies and Jacob Wren both reflect on the relationship between the local and the globalized art world.

When artists relocate outside their home country, they start participating in other localities, because in truth the global does not exist. It is, rather, a refracted effect of the activity of many local scenes, which is one of the lessons I took from this year’s documenta. A huge show, one of its most impressive exhibits was by Toronto artist Luis Jacob, who is interviewed in this issue. Jacob’s installation is the result of 12 years devoted to the development of an art practice–which is exactly the point intended by the curators of documenta. There is no global without the local. It’s all here. If only we could see it.