The arrival of a new editor always invokes a consideration of a magazine’s history and its accomplishments, and a necessary process of re-visioning. In C’s more than 25-year history–which now includes six editors–there are a number of consistent trends. These include: coverage of Canadian and international work that often falls outside the purvey of more traditionally oriented institutions; the publication of visually engaging artist projects; and a decisive focus on visual and written work that is critically engaged with contemporary ideas and practices. 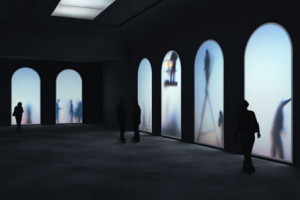 Back issues of C Magazine show this to be a successful formula. Among our contributors are many well-known voices in cultural theory and art criticism: Kathy Acker, Thierry de Duve, Peggy Gale, Lars Bang Larsen, Philip Monk, Dot Tuer, and William Wood, among countless others. The artist projects commissioned for C include works by Robert Frank, General Idea, and Richard Prince. Throughout C’s history, one can see a sustained debate around emergent ideas in contemporary practices and a broader concern with the problems that art often addresses. For example, in issue number three, published in 1984, Waiter Klepac looked at theories of deconstruction–then current in literary theory and philosophy–in his essay “The Order of Words, The Order of Things: Deconstruction in Contemporary Art.” This essay became a discussion when Mark Lewis–who is featured in this issue–expanded upon it several issues later, with an essay of his own refuting many of Klepac’s ideas. The effect of this kind of criticism is to bring readers into the conversation that surrounds contemporary art practices, to make them think differently–not just about the work itself, but the ideas and contexts that it engages.

The theme of this issue is the 2009 Venice Biennale, the world’s oldest and longest running art fair. The writers in this issue undertake in-depth discussion of works by a number of artists exhibiting in Venice, some of whom are not part of the “official” biennale programming. In her article on Whole Art, Infinite Jest: Bruce Nauman & Contemporary Art as Continuous Process, Heather Diack looks at Nauman’s work in relation to Daniel Birnbaum’s theme for this year’s biennale, and in terms of what it means to be “contemporary.” Directly referencing Nelson Goodman’s 1967 book Ways of Worldmaking, the title for the 53rd Venice Biennale is “Making Worlds.” The connection between Nauman’s work at the biennale, and Birnbaum’s theme is a mutual emphasis on process, where “art is always in the making,” ([dagger]) rather than on the finished work. Goodman is not concerned with the art object per se, or with what is art, but with “when is art.” ([double dagger]) For Goodman, art is a process of knowledge-making, containing multiple methods of truth construction, operating in much the same way as an empirical science. Art thus has an epistemological function: creating, testing, and realizing different possible worlds. As an active and present process of experimentation and knowledge-making, such work is necessarily contemporary. 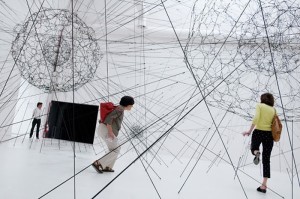 Tatiana Mellema’s essay on Reverse Pedagogy, a project to be enacted during the opening of the Venice Biennale, reflects a similar emphasis on collaborative process and “worldmaking.” For this project, a group of artists will create their own studio and school, eschewing hierarchy and emphasizing dialogue and collaboration, intended to exist outside of the forces of the art world. A similar sensibility is present in the collaborative “Impossibility Project” Ship of Fools, organized by Reverse Pedagogy participant Swintak at the HMK residency in Hoorn, the Netherlands, and featured in this issue’s Artist Centerfold and on the Big Picture page. Consisting of a team of collaborators, none of whom had any actual knowledge of shipbuilding, this group created a sculptural installation that makes the impossible real.

This issue includes features on other artists who will also be part of the 53rd Venice Biennale. In “The Beautiful and the Everyday in the Films of Mark Lewis” Shepherd Steiner examines Lewis’ use of cinema as an art form, considering its relationship to painting. Lewis’ projected film loops–typically based on the length of a 400-foot roll of 35 mm film and on filmic devices such as the long take, the pan, and the tracking shot–reduce cinema to its formal elements and turns these shots into singular artworks. Placed in the gallery context, Lewis’ films reveal something of cinema’s aesthetic lineage and language–and the relationship between the documentary form and life itself.

While C 102 is consistent with C’s mandate, and with the style established by previous editors, it does reflect some slight changes. Feature articles have been lengthened to enable a more sustained and in-depth coverage of article topics, a move accompanied by a slight increase in this issue’s page count. Our intention is that the length of the magazine will continue to increase as we overcome existing fiscal constraints. This issue also reflects an increased effort to solicit writers working within universities, as well as those directly affiliated with the art world. Starting with our next issue, C will also be publishing reviews of books and exhibition catalogues, in addition to exhibition reviews. 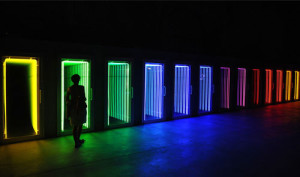 Upcoming issues will be anchored around themes developed far in advance, accompanied by related public programming developed in conjunction with universities and art institutions as a way of developing links to artists, writers, curators, and broader audiences. Themes currently being researched include Art Infrastructure, Contemporary Feminisms, Sports, and The Supernatural. By developing issue themes in tandem with public programming, our intention is to launch a broader conversation among art’s diverse publics via a specific set of practices. For this issue, we’ve seized the Venice Biennale as our contemporary jumping-off point for this conversation. I hope you’ll join us.