Though the trope of woman as nature (or vice versa) had been a conventional one long before the various Interwar artists took it up, Brassai’s use of this trope is unique. He presents us with an eerie landscape that, within the historical context of World War I, seems at once precise and vague. He offers us a body of water where mountains are easily visible on either side. It seems possible, at least, to read more specificity than is actually warranted, to imagine that this river represents an important battle site, such as the Rhine, which separates France from Germany, the two countries where Brassai spent a substantial amount of time. The mountains and lake might also be evocative of a neutral Switzerland. 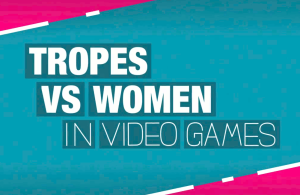 But of course, the image is not really one of land and water. Instead, Brassai maps land onto a human torso, creating the illusion of rolling dunes approaching a body of water, a neat inversion of man’s writing of history–through his development of the found environment–onto the land. This recognition of the land as body is deceptively readable, because it invites us to search out the body in the positive spaces of the photograph in other words, to look for the body in the spaces of the land. But, due in part to the unusual lighting, and because the line of the torso corresponds very neatly to our (unobjective) expectation of mountains, we are surprised at discovering not one, but two torsos in the image, though the second is not contained within these mountains. Brassai’s skillful manipulation of the photographic techniques reveals that it is the sky that is also human–an unexpected trompe l’oeil, effective depaysement. The sky is “false” or “invented” because it is not a sky, but instead another torso, invented by Brassai; and any “borders” still implied by the horizontal line across the center of the image now draw attention to their own artificiality. This framing of the landscape by these elusive bodies moves spectator interest entirely away from the positive space in the center of the image, that is to say the only remaining parts which might still be read as land and water, albeit photographically constructed. Visually, then, we cross the landscape barrier we initially see, though we fail to possess that landscape. We find ourselves strangely uprooted from the (French?) soil, to become borderless, nationless. 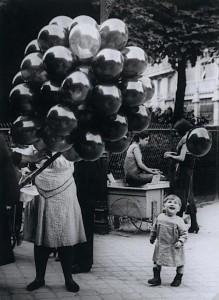 The torsos, one seen from the front, the other from the back, despite the size discrepancy, could almost be a disjointed version of the same torso, Brassai’s symbolic sympathy for modern human’s fragmented condition, the scene, of alienation and dislocation.  And so, though again the photographic process cuts each torso, rupturing each at the edges of the frame, their doubling creates a paradoxical suggestion of limitlessness, boundlessness. The bodyscape must extend at least well beyond the bounds of the picture plane; and the body has become the infinitely deep sky as well. Even the mirroring effect implied between the two torsos–the transposed reverse of one mirror facing another–suggests a more abstract, but nonetheless infinitely deep chiasmus, the rupture of boundaries between land and water, human and soil, and heavens and earth.