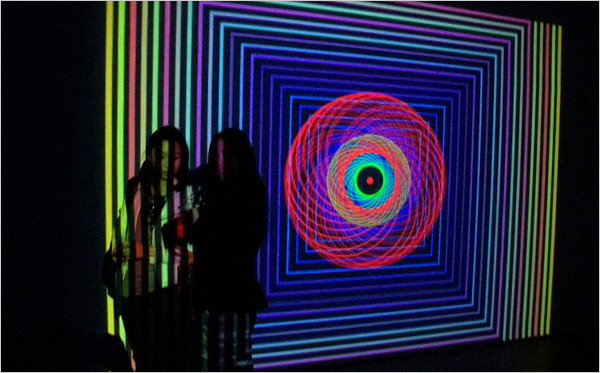 “Some of the best and purest video art … is being made by complete morons.” So writes Meesoo Lee, a video artist from Vancouver, a city on the art world radar as a hotbed of slacker art made by artists such as Damien Moppett, Steven Shearer, Geoffrey Farmer and Myfanwy MacLeod. For his Toronto screening at Pleasure Dome in January, Lee was not content to simply let the videos do the talking, as he chose to provide program notes that read like a judiciously slack manifesto. In a gush of self-effacing confessions, abject ambivalence and caustic asides Lee’s anti-text contextualized his art as a model of self-conscious slackitude.

Abjecthood is a hallmark of slack, and Lee duly aligns his art with a patheticness he can call his own. In his notes, he describes his videos as his way of compensating for social, emotional and sexual inadequacy; in his words “we all want to be loved. Artists are needy, needy people.” This is Classic Slack–being beyond reproach by being beneath it. Like stand-up comedy delivered in a “Good Cop/Bad Cop” style, Lee’s art commentary vacillates between embarrassing revelations and pointed jabs aimed at the art world, his critics and social expectations. Contradictorily, the informality of his rambling rhetoric can’t disguise the fact that he is himself a critic with a punchy tone that doesn’t quite gel with that of the videos he is known for. 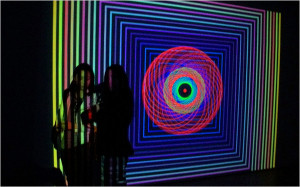 Many of his works share an awkward formalism characterized by minimal camera movement, zooms or editing tricks. History shows a handwritten “Fuck you” full-screen that slowly shrinks as the camera pulls back, revealing a tiny scrawl on an otherwise pristine wall. Trio takes sped-up footage from Gillfgan’s Island with three people running away from the camera and repeats it three times in quick succession. Lee credits pop culture as a primary influence, commenting that his video work may just be “an extension of the desire to watch more TV.” However, television’s busied gaze and frenetic montages are relatively absent from Lee’s videos–even in those where he has taken footage directly from TV.

Instead, his method oddly recalls the early days of artists’ videos when production values and shooting styles were often deliberately crude–think Bruce Nauman or William Wegman–explained as ascetic rejections of commercialized approaches or because of a clunkiness imposed on artists by the early technology available to them, which gradually filtered into the reflexive discourse regarding the medium. In Lee’s case, the do-it-yourself look of his videos puts the focus on what’s in front of the camera and on the audio, but stops short of examining the medium; according to Lee the works are intended to engage, not analyze. 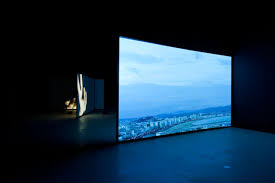 Other simply rendered works, such as Lubak and 3 People, are stoner-observations seen through a transfixed stare. This approach peaks with the more philosophically stoner-esque Think (A video about my adolescence). In Think we see fatalistic scenarios from 80s video games–speeding cars, boxing matches, starship attacks–which are announced by boldly typeset questions such as “Would you rather die … instantly in a car crash?” The paranoid text-screens link nostalgic graphics and “bloop bleep” sounds to illustrate archetypal scenes of defeat that are both glib and grim–a motif of Lee’s.