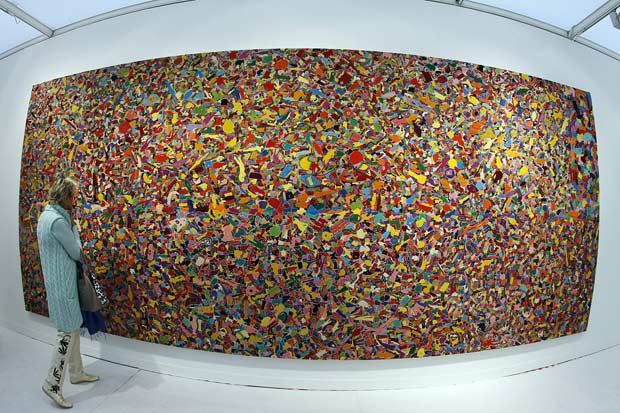 A simplified understanding posits any art with grand reformist and universalist or novelty pretensions as modernist, and art offering itself as a re-signification of and intervention into the preceding (whether trends or canons) as postmodernist. Foster shows that both what is described as ‘modern’ and what is described as ‘postmodern’ can contain avant-gardist tendencies, but neither will necessarily have this content; both can succumb to pastiche, or status quo enjoyment. Adorno wrote in Minima Moralia (1951), “the cult of the new, and thus the idea of modernity, is a rebellion against the fact that there is no longer anything new.” Is it possible to sustain notions of the new and the truly avant-garde, in this very late age of technical reproducibility? Foster often reminds us that Benjamin argued as early as the first half of the 20th century that the aura had already gone from the works of art and had moved to celebrity culture. If capitalism is massively de-aura-izing art and aura-izing mass media imagery, branding, design and fashion, can we perhaps hope for a new kind of aura for the arts? Can we allow for sweeping statements without a trace of irony or cynicism? 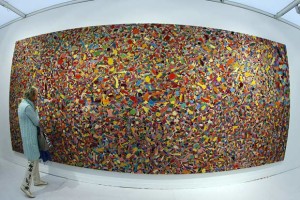 But we in capitalist countries are lacking certain conditions under which art-making can be seen as so critical and powerful as to threaten ‘society’s peace” as art is occasionally perceived by more openly repressive regimes. We enjoy more liberties, but art–let’s stay with visual arts for a moment–seems to be losing the audiences that would look to it to address questions of the greatest importance. The answer here could be purely sociological; easier access to art via more education and poverty reduction will create audiences eager for more arts in their lives and politics–but do contemporary visual art forms willingly accept delegation to entertainment, and to ‘stuff’ to be owned and houses to be ornamented? This is where the question of the avant-garde always made sense.

What complicates things further is the significance of the American situation, which a number of countries, Canada included, increasingly share. In an atmosphere where public art funding and art education are not agreed upon values, the avant-gardist critique of art institutions and the habits of art consumption have the potential to gain unexpected new resonances. Foster argues that the Right in the US consistently understood the social importance of art and showed through its actions how seriously they meant it, while we on the Left debate the political potential of art. Accusations that a work of visual art can offend centuries-old religious institutions, undermine Western civilization, be abject or be something that can victimize unsuspecting consumers–which is some of the rhetoric typical of a conservative backlash against art–should not be all that worrisome. Such a reception for art indicates that it matters.

What demands more alertness is the seemingly smooth incorporation of ‘creativity’ into new capitalist economies. The creative industries agenda, put forth by an increasing number of municipal and provincial/state jurisdictions, including Toronto, celebrates arts in terms that venture capitalists would understand–as a source of innovation, flexibility and, ultimately, profit. The argument is that artistic activity makes for corporate and labour structures that allow more creativity and therefore greater financial success. Exit the avant-garde here, in a search of a place outside the exchange system.

Julian Stallabrass points out that in the early 90s, the Young British Artists, constrained by years of Thatcherism and hostility to funding art infrastructures, forewent the established curatorial routes and engaged in direct conversation with the media and wealthy donors–that is, created venues to reach audiences. Stallabrass argues (in High Art Lite [1999] and elsewhere) that this detrimentally affected the art they made. It all resulted in widespread adoption of media provocation, acceptance of hype, spectacle and person branding. 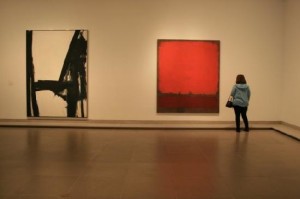 The mass and Internet media additionally complicate avant-garde potentials but do not shut doors to it. However, for the avant-gardes to come, Luddite yearnings and dreams of fullness are not plausible now. The machinic, virtual, animalistic and unconscious that dis-identify and partake in the human have always been part of the avant-garde and will continue to be in its future. But, as Foster shows, the avant-garde to come is not of the Derridean a-venir kind, which is always shaping up and “never quite that,” always eluding determinate designation. Rather, the spirit of the avant-garde is alive, and is present not as one movement at a time, or even one person at a time, but one artistic intervention at a time. Foster’s criticism helps attune our alertness to it.

* Maria J. Kerley has written for n + 1, wall art more, Resource Center for Cyberculture Studies, wall painted art, Modern Home Decor!–among other publications. A review on ethics and sexuality is coming up in the journal Social Semiotics, and she should now be working on a piece on women in British television comedy.