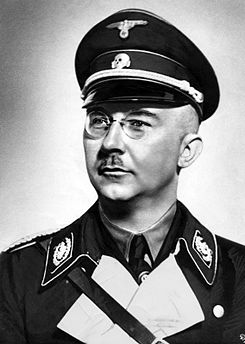 Male and female homosexuality were not always viewed in the same manner. Female homosexuality, while reviled by the general populace, was generally acceptable for the artistic purposes of the Surrealists. For them, lesbianism was sometimes parallel to idealized heterosexuality (l’amour fou). The representation of lesbian lovers in their art, I would suggest, often becomes heterosexualized. It often assumes a male viewer/voyeur, a less-than subversive performance for the sake of a male gaze, even if the (male) Surrealists regarded themselves as opposing bourgeois cultural norms. But male homosexuality was less tolerable, inasmuch as Breton was Surrealism’s spokesman. As Dean has written on his canvas art blog.

“The surrealists’ later 1928 ‘investigation’ into questions concerning sexuality was one more manifestation of the interest in and the threat posed by deviant sexuality in particular during this period. In that investigation, published in La revolution surrealiste, Andre Breton infamously pronounced his repugnance for male homosexuality (the Marquis de Sade’s sexual practices excepted); male homosexuality received a lukewarm if more tolerant reception from the other participants.”

Homosexuality as a practice, then, was deemed, at least publicly, unacceptable even to more liberal groups, like the Surrealists; this intolerance is often attributed to the rise of National Socialism. Nazism was so unapologetically pro-male and pro-masculinity, that even French and German left-wing anti-fascists accused National Socialists of homosexuality. Although Paris and Berlin remained tacit sanctuaries of sexual non-conformists especially until the 1930s, some sexual practices, most notably male homosexuality, were not only illegal in Germany with the rise of the Nazi leader Heinrich Himmler, but even punishable, by 1937, with the death penalty. As a result of this aversion to homosexuality even among the Surrealists, they worked to deconstruct not so much the body and sexuality of man, but rather, the body and sexuality of woman as subversive object. As Tucker explains, 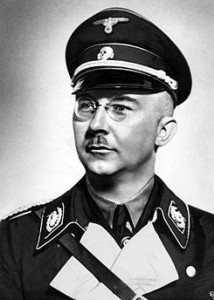 “It was an inherent component of the predominantly male Surrealist aesthetic that sexuality-and, for them, its object, woman … were subject to fantasy and fabrication. When the human body was metamorphosed into another shape or creature, the ensuing confusion of body parts helped undermine established definitions and hierarchies. This disorder, the Surrealists projected, opened the way to the unknown and unknowable.”

This terribly anti-nationalist “de-countri-fication,” this undermining of authority, of hierarchy, was the Surrealist ideal. The Surrealists, Brassai among them, believed in the sentiment of Woolf’s words, “I have no country … I want no country … my country is the whole world.”

Both a stranger and foreigner even in his own war-torn country, it is to this Parisian ideology of Surrealist “un-nation-ness” that the defamiliarizing photographs of Transylvania-native Brassai are welcomed. Nee Gyula Halasz, Brassai took his pseudonym from Brassov, the city of his birth, where his father was a professor of French Literature. Brassai was, at the time he moved to Paris in 1922 officially a Romanian citizen since Transylvania had been transferred from Hungary to Romania by the 1920 Treaty of Trianon. But Brassai must have been less than pleased with this assigned citizenship, for when the Romanians captured Budapest, he, together with other members of the left, fled in fear to Berlin, and with some hesitation onto Paris, never again to return to Hungary, despite what Gilberte Brassai would go on to describe as “insistent appeals and invitations both flattering and official.” It was, perhaps, Brassai’s uniquely foreign perspective upon the world that granted him such originality and success in photography and with the Surrealists. But it was also, I will argue, his desire to philosophically bridge the gaps between the clearly divided loyalties among his beloved countries–a desire perhaps resulting from a sense of displacement, of depaysement from all–that makes Brassaf such a pivotal figure of the moment.