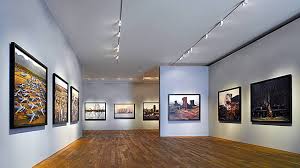 The life of a submariner is very much a hidden one; manifestations of their curious crafts are more like UFO sightings. Rarely do we get the movie image of the inquisitive periscope turning this way and that. In the Beatles’ Yellow Submarine the Mersey mariners have a winking eyeball residing in the aperture of the periscope’s body: the sub as a mutant psychedelic animal. In her work at Dolphin Gallery Lisi Raskin doesn’t go for such bug-eyed comic effects. Instead gallery-goers are immediately called upon to negotiate their way around the various sculptural obstacles, their bewildered heads bobbing and revolving very much like the submarine’s eyeglass appendage. 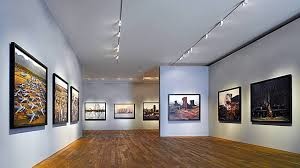 The first of these intrusions or incursions into the space is an erupting floor. Fabricated in sheets of board splattered with plaster and painted grey, this work suggests a great many briny metaphors. This ugly contusion resides somewhere between a Caspar David Friedrich iceberg and the disintegrating wooden craft viewed as a giant ocean-going toothpick in Jaws. Raskin deploys this idea of a violent and destructive underwater threat, while the inherent ludicrousness of representing it in a gallery space is made clear by the choice of materials.

At the rear of the space, a combination treehouse/stalker’s hide/watch-tower blurs into an uneasy nuclear shantytown; construction materials and methods seem to come from the world of necessity rather than design. When thinking of all things Trident (the nuclear missiles used by the British navy), one can’t help but make an association between Raskin’s jumbled, panicky assemblages and the women’s peace camp at Greenham Common. There the protesters’ plot became a sea of tents that ossified into structures of more permanence as their arguments finally became firmly lodged in the British political consciousness.

Home Wall Deco’s Blog of mass protest is the controversial Faslane naval base north of Glasgow. Raskin has recorded video works in nearby Cove Park (which runs the residency program that supported the research for this exhibition). Accordingly, video footage playing in the tower depicts a series of actions including the artist’s parading of a submarine head-appendage (very much in the anthropomorphic periscope tradition) along with some vocal approximations of submarine sounds, as if she were trying to name and record them at once. “Cow,” the artist intones as a Highland cow moves into view. The long tradition of protest art gets made fun of here; Raskin’s plops and whistles fit in rather well with the sights and sounds of a protest march.

In the basement of the gallery, the bloated belly of a sea monster droops from the ceiling in a great swath of black plastic; half a model submarine in choppy silver water on a sweeping plinth, looking like a cruise ship’s funnel, sits nearby. The tension between the art gallery and the esoteric nautical museum is tangible here. The artist uses this distance to reinforce her hopscotch jumps from one idea to the next. Condoning and condemning are both bound up in a sense of fun and emboldened adaptations. An antinuclear protest on Edinburgh’s Royal Mile recently used what the press dubbed a “mock submarine” to block the road. Mobilized by the splendidly named Trident Ploughshares group, everybody’s……. favourite Scottish socialist MP, Rosie Kane, was on hand for a sound bite or three. “Rosie Kane is not at FMQs [First Ministers’ Questions] because…. she discovered WMDs,” her placard read. A fair point, most would agree and all delivered from a “hastily ‘ assembled 25-foot craft.” 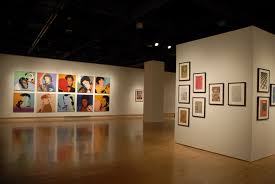 There is a certain nostalgia for Greenham Common. The government and the camp’s commander believed the protesters would get fed up and go away. That was 1982; the camp was finally dismantled in 2000. Raskin’s work is filled with the joyous indignation of this pioneering spirit. In 1982 Maggie Thatcher was in power, with her proto-royal suit and immobile fright wig (Cold War paranoia embodied by a hair sprayed perm); in 2005 we have an artist with a submarine strapped to her head responding intuitively and chaotically to something that never ceases to horrify visitors: a nuclear base in the middle of rural Scotland. At Dolphin Gallery the great bucolic British crackpot assemblage is explored in a series of structures by turns repellent and bewildering. Things are just as they should be, in other words.