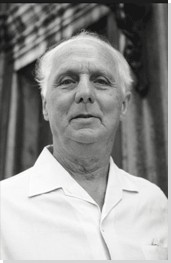 If Joan Copjec analyzes in the work of women visual artists the formations and failures of the closure of the notion of woman (or to put it in Lacanian vulgate, that complexity of existing women undermines the Woman and therefore whatever its patriarchal oppressive aspects as well), Hal Foster focuses on the working of masculinity in the early and late avant-gardes and shows perceived solidity of maleness/masculinity (again, in Lacanian terms) as a ruse and a sham–and the elaborate pageantry with which it permeates culture as fictions it fundamentally needs. Both critics analyze art that goes to the core of how gendering happens, but masculinity remains much less scrutinized as a contingent gender, and Hal Foster’s work tangentially redresses that as well.

Avant-garde–male–artists have reacted in different ways to the weaknesses in the symbolic order. As Foster shows in Prosthetic Gods (2004), one way was to act on aggressive impulses to armour the self and the We of collective belongings (Lewis), or to rejoice in destruction and dismemberment as a path to a new, firmer self (Marinetti). A completely different way to go about it is “phallic divestiture”–opening up the failures of the subject and identification, embracing via art what should be disavowed–and Foster analyzes these aesthetic and psychic processes in Max Ernst’s work.

These two sides to phallic distress can even be merged into the same artistic procedure: mimetic exacerbation. Foster finds its origins in Dada, but the phenomenon is now happily spread across disciplines. When identification is so tightly and earnestly followed as to not allow any deferment–when a belonging to a collectivity (nation or gender, for instance) is affirmed with no failures and no hesitations–we are in the sphere of mimesis that has gone too far. Slavoj Zizek analyzes Neue Slovenische Kunst in this rein, as art that reveals the arbitrariness and frailty of belonging to a nation by adopting and re-enacting the processes of nation-hood literally and ardently. Any artistic elaboration of a repressive or arbitrary structure through all too faithful adoption–irrespective of the author’s earnest intention to strengthen, rather than undermine the structure–is a mimetic exacerbation waiting to be discovered. The most cheerful looking Cindy Sherman stills have this quality, with the imagery that fully embraces instances of femininity found in advertising or Hollywood films. The scene of Marcello’s harem of women in Fellini’s film, 8 1/2 (1963) is another case in point: the fantasy of owning a house full of women which you desire and which you sort out by age, division of labour and level of coercion to be applied is probably one of the most feminist cinematic sequences ever made. Precisely because the inner workings of a patriarchal fantasy are made so visible, the critical stance is almost immediately apparent.

The good news from Hal Foster, then, is that (avant-garde) lads will not always be lads. They will either too eagerly assert through their art what is beyond their reach (masculine armouring; the containing of the sexually or racially other into reassuring artistic forms) or will openly reveal the fault lines of patriarchy–and that in fact those fault lines run through their own bodies as well (see the work of Max Ernst or Robert Gober, for instance).

But even after it becomes obvious that the meaning of the old avant-garde is continuously evolving, the question remains whether we should continue using the term avant-garde in contemporary conditions. What is the philosophical prize that we allot with this designation? Although, as we’ve seen, the politics of a work of art is a complex matter, the avant-garde will more often than not represent a rejection of the status quo. A sine qua non of an avant-garde spirit is not the striving for artisan kind of excellence within the discipline as much as an artistico-political, all-encompassing change–be that change in how we perceive art or the change in organization of societies.

This leads us to the important consideration of the (f)utility of the modern/postmodern distinction in contemporary and future visual art.