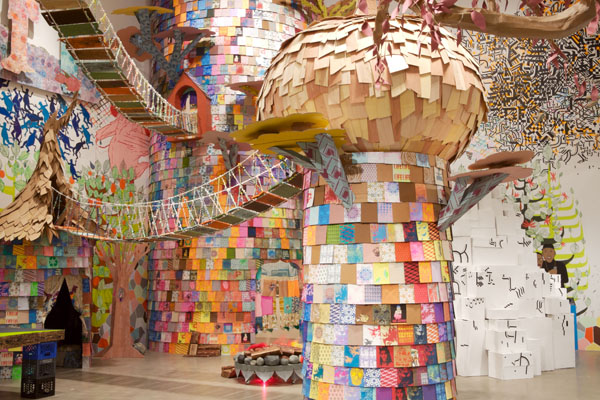 The last ten years have witnessed an extraordinary boom in the art market. An emphasis on money or spectacle overshadows all other types of conversations about the value of contemporary art. For those in search of a different approach, Hal Foster has always been a voice to heed. In his articles in the Big Art Ideas, Artforum and The Nation, as well as Wall Art Big and contributions to the already classic Art Since 1900 (Rosalind Krauss, Yve-Alain Bois and Benjamin Buchloh, 2005), Foster shows why the questions we ought to ask about art are not how much it can be sold for or whether it enables underrepresented minorities to speak. And he still sees a use for the idea of an avant-garde. 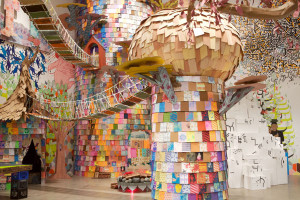 There is a vast room on the second floor of the Galleria Nazionale d’Arte Moderna in Rome that contains nothing but futurist works of ‘regime art.’ Many pieces that have origins in fascist iconography easily belong–the international conversation of form can’t be mistaken–with their European peers of the teens, 20s and 30s, most of which had radically opposed ideological allegiances and philosophical underpinnings. The commonalities these pro-fascist regime works have with Vorticism or Art Deco are easy enough to recognize. However, thinking about Soviet Constructivism when faced with a large ensemble of Italian nationalist speed-movement paintings–topped by the Duce’s phallically protruding chin (“I am referring here to the group of paintings by Gerardo Dottori, Polittico fascista, 1934”)–gives one pause. Surely, Fortunato Depero and Max Ernst can’t be related?

Hal Foster notes that it is impossible to understand the meaning of the avant-garde without taking into account its diachronic positioning; simply put, historicity is of the essence for the meaning of an artwork. Thinking about the avant-garde, Foster argues that we must begin by asking a number of questions. Do avant-gardes and neo-avant-gardes–irrespective of their claims of originality–have precedents, descendents, any historical kin? How was the earliest avant-garde incorporated into the structures it was trying to redefine, and in the process relieved of its avant-garde designation? How will the present and the future situate contemporary works of art in the history of the avant-garde–and political history, too? In Return of the Real (1996), Foster shows how a succession of post-World War II visual artists and critics are reactive to each other, and how predecessors come to be chosen. Foster refutes in careful detail Peter Burger’s insistence that the avant-garde was a unique historical event, and that visual art reached its apogee in the 20s and 30s, after which come only footnotes–Foster, that is, and a visit to any modern art museum.

History tells us that modernist or avant-garde artworks were more often than not seen as subversive or an irritant by totalitarian regimes. The best-known cases are the destruction of the Soviet visual and poetic avant-gardes in favour of Socialist realism and the condemnation of “degenerate” art by the Nazi regime. I grew up in Communist Yugoslavia, where the banning of the first staging of Waiting for Godot in the 50s–more for provoking aesthetic unease than for any identifiable ideological reasons–is a memorable part of theatre history. There are significant counterexamples of avant-garde art that were ideologically compatible with fascist regimes. The Italian Futurists and modernist poets like Eliot and Pound are among them. 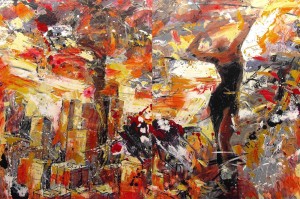 This is all too simple. However important the history of official reception, it is more important to engage with the art forms of the avant-gardes themselves. Works of art signify politically in a variety of ways, and this signification is always affected by rime. The politics associated with a work of art is not necessarily identical to its (author’s) declared politics. By taking a closer look at the work of Filippo Marinetti and Wyndham Lewis, Foster is interested in showing how broader fascist impulses are manifested through art. With the help of psychoanalytical readings, Foster shows how the early modernist fascination with exotica and the primitive, or the first avant-garde’s predominant masculinism will shift in the interpretative field. Past practitioners can also be repositioned by our contemporaries, who claim shared kinship with them, or enact a kind of familial rebellion against or full rejection of what they represent. It is not enough to acknowledge that a male painter’s figuration of women is reductive–we should probe artistic procedures it contains and examine if any of these works of art indeed lead to unequivocal interpretation.