Nineteen eighty-four, the year this magazine was founded, marked the end of an era. In February of that year Pierre Trudeau announced his retirement; subsequently, Brian Mulroney and the Progressive Conservatives were elected in a landslide. We all know what happened next.

The election of the Mulroney government ushered in an era of wildly unfettered capitalism, which may now be coming to an end (or not; greed is a fine motivator and capitalism is a protean survivor above all). Mulroney threw open Canada’s doors for business–a move that would eventually lead to the free-market ideology of the time affecting government arts-funding policies, especially those concerning periodicals–but C had deep roots in the institutional culture that preceded the era.

After World War II, the British government pursued a policy of full-employment; and so they had it. The art world infrastructure we enjoy today in Canada was funded as a result of similar government largesse. The Welfare State analogy is apt because it was the second and not the first generation of welfare recipients that was thought to suffer from the indolence this culture perhaps inevitably bred. Which is not to say that Canadian arts organizations suffer from sloth as a result of government funding, but there is something to the parallel I am drawing here, not the least in the ideological “corrective” of free-market economic policies these institutions have been asked to endure in recent years. 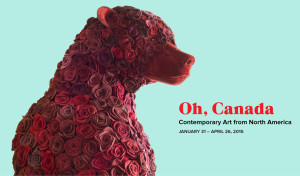 It is also important to acknowledge the funding history of Canada’s art institutions given recent cuts, and the intimations that they may come under an even greater threat from the recently re-elected and yet not-quite-fully-mandated Harper government. We can only hope this will not happen.

Framing the impressive longevity of C in terms of the shifting tides of fiscal policy, rather than in trends in art, reflects the wholly intrusive effects the free-market ideology has had on everybody’s lives. The current global economic crisis is just the icing on the cupcake. For a quarterly periodical to publish 100 issues is a remarkable achievement; and yet the struggle to survive in the face of inconsistent funding and economic vicissitude–especially during the last 10 years–means that C has just barely made it past this particular finish line. Currently, the magazine has an excellent stable of writers associated with it, and benefits from the collective vitality of their intelligence–a benefit that it seems necessary to point out has value beyond any economic price one could put on it. Structurally, however, many years of struggling with decreasing (or non-increasing) funding levels have left the magazine greatly undermined.

C Magazine exists today because of the tremendous efforts of many people, some of whom should be mentioned.

C was founded in I984 thanks to the vision of Richard Rhodes, current editor of Canadian Art, and his wife, the artist Dyan Marie. Much of its longevity is due to the stewardship of its longest-serving editor, Joyce Mason, who carried the organization for I3 years. C would not exist in its present incarnation without the hard work and generosity of Paul Petro, president of C’s board of directors for the last eight years. There are, of course, many others, but these four individuals deserve the magazine’s special thanks. 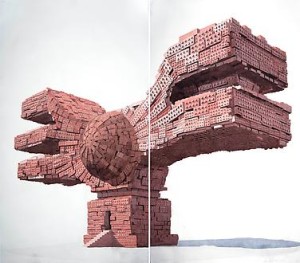 In this issue, C looks at the emergence of pedagogy as a popular model for contemporary art practice. It is a trend that bridges the divide between artist and curator, and a prime example is Vancouver artist Kristina Lee Podesva’s colourschool, profiled for C100 by Michael Birchall. Elsewhere in the magazine, Gabrielle Moser questions the value of formal pedagogy when it comes to curatorial practice in her article, “Do Curators Need University Art Programs?”–a title intended to echo and extend the dialogue initiated by Reid Shier’s essay, “Do Artists Need Artist Run Centres?,” in the 2007 Artspeak publication Vancouver Art and Economies (Arsenal Pulp Press). Meanwhile, the exhibition that “learns from itself” is the subject of a text by the curator and former director of Toronto’s YYZ artist-run centre, Gregory Elgstrand.

Although a motivating factor in do-it-yourself pedagogy is a desire to examine the conditions under which knowledge is acquired, this tendency in art also partakes of the wider shift in our culture from reverence for hierarchical structures of authority to a preference for the crowd sourcing of information and ideas. This change is undoubtedly one reason for the contemporary eclipse of art criticism, which is the subject of Julie’s article.

Also in this issue, on the occasion of our 100th edition, we publish an essay by Catherine MacTavish on the paintings of Rae Johnson. The same writer wrote about the same artist in Current Trends Online, so it’s a fitting way to bracket this magazine’s first century. 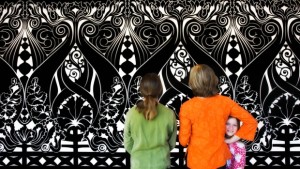