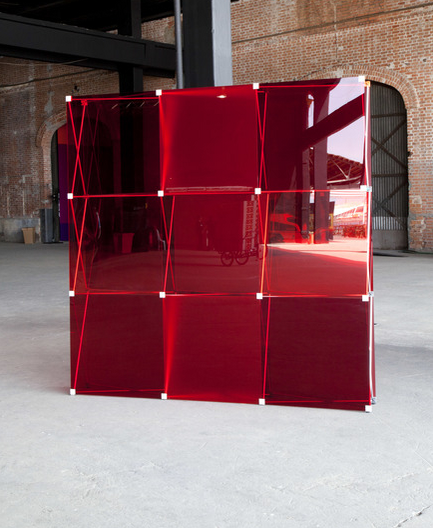 One of the few Parisian contemporary galleries open in early August is called Art by Wicks, found in the old Marais quarter. By chance, I stumble upon this exhibition trying to find the Marian Goodman Gallery in a maze of tiny streets. Being lost has paid off. I find L’Autre Amerique: Art contemporain du Bresil, a show put together by the French curator Michel Nuridsany as part of this year’s Brazilian cultural invasion of France.

Brigida Baltar’s work greets me first, a video in which a figure in the humid Brazilian landscape collects mist in vials and bottles while wearing a transparent plastic costume (Coleta da neblina, 2000). The misty air fuses with her presence every once in a while. The figure is the landscape, slipping in and out of view. I am unsure when people decided to distinguish themselves from nature, but I am quite sure that Baltar is blurring those lines in every sense.

Another work by Baiter is a 35-mm film entitled Maria Farinha/Ghost Crab. A young woman combs a beach, digging into the sand, frenetically searching for meaning of some sort. Her ears are covered with a shell structure, perhaps guiding her digging through sound, for the ocean’s sound waves are present. The soundtrack is a light digital wash of blips with occasional harp strums, cueing the performer’s activity. I imagine beautifully coloured mollusks that, ironically, have no awareness of their external beauty to others. This is a fable in which our protagonist personifies the creative process; when does it begin and end? Ghost Crab dreams about the ocean’s relationship to the beach in a constant state of reverie.

Cao Guimaraes projects a slowed-down Super 8 film of a view from the artist’s window in a poor neighbourhood of Rio de Janeiro. We see a five-year-old girl and ten-year-old boy wrestling in the rain and mud. Their wrestling is neither capoeira nor anything staged. It is a beautifully controlled dance between two children who pretend to fight, carefully avoiding hurting one another. There is a kind of joy derived from the viewing of this wrestling spectacle. The girl is fierce for her age and takes down her friendly foe a few times. The boy plays along and taunts her into a gentle war. This loving dance between the children leaves me to ponder the darker side of the piece. In a city where thousands of children are homeless, I wonder if they have a home, parents or food to comfort themselves with. I am reminded of the work of Helio Oiticica, from his Parangole series, where he would dance in samba outfits in extremely poor neighbourhoods (favelas), creating participatory events for the community.

Lucia Koch exhibits two large photos of cardboard-box interiors on PVC, almost architectural in scale (Vinho Duplo (Muxarabi), 2003). The photos are almost three by four metres and warp my perspective into an Alice in Wonderland narcotic. Box space is transformed into something akin to the sublime by the simple act of visual hyperbole. The art does not directly refer to consumerism and mass-consumption, yet instead turns the viewer into a product of sorts to fill its vast void. In this psychic space, I am in Duchamp’s valise (and can’t help but compare it to the gallery space around me). Boxes within boxes, the artist presents the received ideas of the gallery and its physical architecture as a monumental coffin. 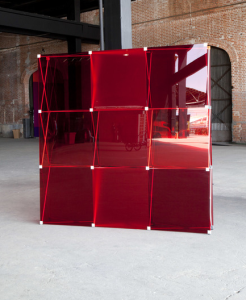 Amilcar Packer‘s work is so strong it scares me. In video performance #4, he adorns himself with numerous shoes tied around him and stomps his entire body through a room. His photo stills depict naked acts of bodily transgression, stretching beyond the limits of yoga, stacking himself up on top of precarious furniture and holding three chairs together in impossible ways. Another video shows him nakedly interacting with the corners of white walls, gently treading on baseboards below. I end up thinking about Richard Serra splashing hot lead into the floor/wall intersection, and wonder if this artist’s lack of pants is his lack of a sculptural base.

Simply, this is the strongest exhibition on modern art and gallery.  I have seen this summer in Paris. L’Autre Amerique, conceptually compassionate and socially realistic, comes from a country where the minister of culture, Gilberto Gil, is a pop star and which now has its first non-corrupt president in years. The cultural and political differences between ‘Tautre Amerique” and our southern neighbour are staggering. I am reminded to book a ticket for Brazil as soon as possible. 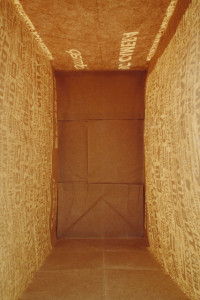